Dental surgeon, Pakistani politician, and one of the leading founders of Pakistan. 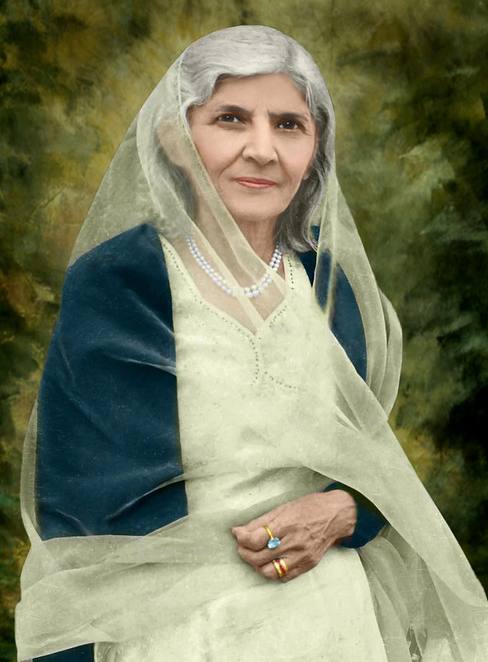 Fatima Jinnah, widely known as Mader-e Millat ("Mother of the Nation"), was a Pakistani politician, dental surgeon and one of the leading founders of Pakistan. She was the younger sister of Muhammad Ali Jinnah, the first Governor General of Pakistan. After obtaining a dental degree from the University of Calcutta in 1923, she became the first female dentist of undivided India. She was a close associate and an adviser to her older brother, Muhammad Ali Jinnah, who later became the first Governor General of Pakistan. A fierce critic of the British Raj, she emerged as a strong advocate of the two nation theory and a leading member of the All-India Muslim League.

After the independence of Pakistan, Jinnah co-founded the Pakistan Women's Association which played an integral role in the settlement of the women migrants in the newly formed country. She remained the closest confidant of her brother until his death. After his death in 1948, Fatima was banned from addressing the nation until 1951; her 1951 radio address to the nation was heavily censored by the Liaquat administration. She wrote the book My Brother, in 1955 but it was only published 32 years later, in 1987, due to censorship by the establishment, who had accused Fatima of 'anti-nationalist material'. Even when published several pages from the book's manuscript were left out.

Jinnah came out of her self-imposed political retirement in 1965 to participate in the presidential election against military dictator Ayub Khan. She was backed by a consortium of political parties, and despite political rigging by the military, won two of Pakistan's largest cities, Karachi and Dhaka. The U.S. magazine, Time, while reporting on the 1965 election campaign, wrote that Jinnah faced attacks on her modesty and patriotism by Ayub Khan and his allies.

Jinnah died in Karachi on 9 July 1967. Her death is subject to controversy, as some reports have alleged that she died of unnatural causes. Her family members had demanded an inquiry, however the government blocked their request. She remains one of the most honoured leaders in Pakistan, with nearly half a million people attending her funeral in Karachi.

Her legacy is associated with her support for civil rights, her struggle in the Pakistan Movement and her devotion to her brother. Referred to as Mader-e Millat ("Mother of the Nation") and Khatun-e Pakistan ("Lady of Pakistan"), many institutions and public spaces in Pakistan have been named in her honour.